Asakusa retains the vibe of an older Tokyo, with traditional craft shops and street-food stalls along Nakamise Street near the ancient Sensō-ji temple. Mid-19th-century Hanayashiki amusement park has rides and cafes, while riverside Kuritsu Sumida Park hosts regular festivals and firework displays. A trendy upscale dining scene is developing along the waterfront, while backstreets are lined with casual izakaya bar

The Tour of Old and New Japan in Asakusa
In Asakusa which is visited by more than half of the overseas tourists, you will encounter Tokyo’s oldest temple Sensoji Temple as well as the Kaminarimon (Thunder Gate), which is the outermost gate of Sensoji Temple as well as the street lined with old-school shops that lead to the inner precincts of the shrine. Many of the stores offer services in English.

Senso-ji Temple Senso-ji Temple, the oldest temple located in Tokyo, and Nakamise-dori connecting the Kaminarimon entrance to the main hall, are constantly crowded with sightseers on a yearly basis. Since the area has always had a large number of temples since the Edo Period, it has been called Teramachi, which translates to ‘City of Temples’. Asakusa Kokusai Avenue is where you can enjoy shopping while walking through this Teramachi. As soon as you exit Asakusa Station, there are many unique stores that sell goods such as Japan 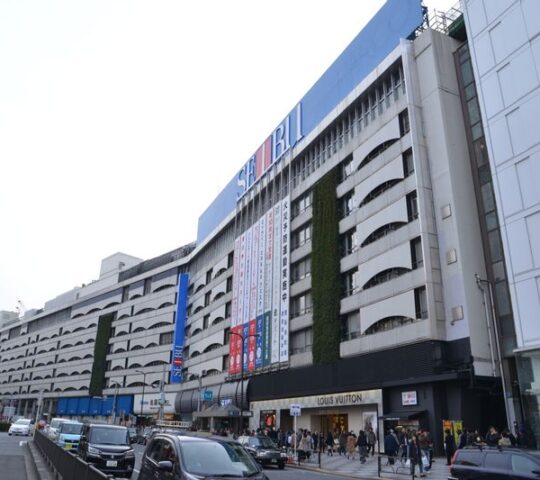