Battleship USS Iowa is a community platform leveraged for engaging and impactful programs. We focus our activities into three primary pillars; education, veterans, and community.

Upon America’s entry into World War II, the west coast became the staging ground for the largest naval campaign of World War II, and indeed, in all of American history. Thousands of tons of war supplies and equipment left west coast ports. Thousands of servicemen and women saw their last glimpse of their homeland at ports from northern Washington to southern California. But ironically, there are very few naval vessels serving as museum ships on the west coast. The distribution of battleships in particular shows just how significant the imbalance is. The two nearest battleship museums to the west coast are USS TEXAS at Houston, and USS ALABAMA at Mobile. Other than USS MISSOURI at Pearl Harbor, all of the rest are on the east coast. The density of population centers, together with the presence of year-round tourist destinations, clearly make a compelling case for establishing USS IOWA as a west coast attraction.

How do present and future generations study the wars of the past? At one level, they study by proxy. They read books by historians, or they watch movies and TV series. They can get a step closer by reading the memoirs of admirals and generals who were there, or collections of letters written home by enlisted men and women. If they are fortunate, they can still sit down with an elderly family member, listen to stories, and ask questions. Those opportunities, however, fade rapidly as we lose our veterans. For every one veteran who is still willing and able to talk about the past, there are many who cannot, for physical or emotional reasons.

We can also tramp the battlefields. It is one thing to stand on the cliffs above the beaches at Normandy and reflect on what thousands of men did there, on land and sea. That is war in macro. It is quite another to stand at the wheel of USS TEXAS, where a young helmsman was mortally wounded by the explosion of a 14” German shell during the bombardment of Cherbourg following D-Day. That is war in micro. The visitor will learn his name, his rate, his age, his hometown, and that he was the only combat fatality in the entire 35-year service life of the ship. That is a particularly personal, emotional experience. It is available to present and future generations because the ship is a well cared-for museum, with interior spaces fully open. During a recent visit, a group of typically animated young people stood in motionless silence as a volunteer docent narrated in detail the events leading to the young man’s death.

A battleship is not merely a 900-foot long space full of passageways and compartments where 3000 sailors fought our wars.

It is also the space where they lived.

To visit a battleship museum is to be invited into a sailor’s home – his home beyond the Golden Gate, as it were.

Simply to stand in a crew’s washroom and reflect on the process of showering is to appreciate the effects of war on the most mundane aspects of life.

The present generation of students, for whom showering is a familiar ritual but very different from the shipboard version, has very little concept of what World War II sailors went through every day. Our generation, well familiar with youthful obesity, is slow to comprehend that many of their classmates could not fit through the hatches inside a 16-inch turret. This is a generation that has never experienced a draft. It ended before they were born. This is a generation that stares in wonder at the statement that, in 1957, all male undergraduates in the University of California were required to take two years of Military Science to graduate, even if they were temporarily draft-deferred. This generation needs the opportunity to sit in the trainer’s seat on an antiaircraft gun, protected by a splinter shield but not at all from the sky, and see the last thing another 19-year-old saw before a kamikaze killed him.

One of the most important elements of education is continuity. How are we related to earlier generations? How did their lives, their values, their experiences, their decisions, their actions, affect ours? What have we done with their legacy? History is the most important vehicle for securing that continuity. History enables us to educate ourselves by studying our past. It is always popular to criticize the past based on modern values. But it is far more important, and far more useful, to understand the past on its own terms. The decks of USS IOWA are in fact a historic stage, walked by thousands of young men in war and peace. By preserving those decks, we ensure that those young men will continue to speak to us, with their own lines and in their own voices, about the experiences of their generation. We cannot be so unconcerned about our historic past that we let pass a major opportunity to secure that heritage for our future. 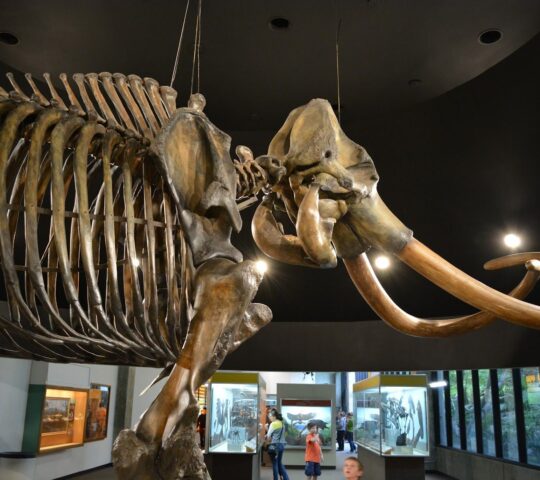