Mall of the Emirates

Mall of the Emirates is the world’s first shopping resort, in the heart of Dubai.

It features about 630+ brands, in an area of 233,467 sqm. It includes department stores, fashion and lifestyle. It also has sports, electronics, home furnishing and the largest Carrefour in the city.

The mall is the perfect destination for families. It offers fun attractions and activities such as Magic Planet, VOX Cinemas and Ski Dubai. On top of that, with more than 100 dining and café selections, the mall has something for everyone.

Mall of the Emirates provides an unmatched luxury, with more than 80 of the world’s most renowned designer brands.

Mall of the Emirates is a shopping mall in Dubai. Developed and owned by Majid Al Futtaim Properties, it opened in November 2005 and is located at interchange four on Sheikh Zayed road.

In November 2005, it was named the World’s Leading New Shopping Mall at the World Travel Awards in London. In 2017, Forbes named Mall of the Emirates as one of the top five shopping malls in Dubai.

The project was launched in October 2003 at an estimated cost of AED 800 million (US$218 million) and was scheduled to be completed in September 2005. The architecture in the three-story complex combines Arabic and Mediterranean elements, with each level connected to a car park.

The mall was designed by the American architectural firm F+A Architects. The main building contract was handled by Khansaheb, while the Ski Dubai contract was given to Pomagalski. The chair lifts in the snow park and the structural steelworks were handled by Emirates Building System and the piling by Bauer.

The mall opened for business on 28 September 2005 with an official inauguration in November.

On 10 September 2013, Mall of the Emirates announced a multi-stage redevelopment project worth an estimated AED 1 billion (US$274 million), which is called Evolution 2015. Phase one of the project which will increase 5,000 sqm area more is already completed but expected to open in mid-2015 includes new shopping, dining, and entertainment concepts. However, due to the limitations of its location, the mall will be expanded upwards by constructing a second floor on top of the Carrefour area.

On 25 August 2014, Mall of the Emirates announced phase two of its strategic redevelopment project, Evolution 2015 which is now currently underway. In this stage, the mall will be expanded by a gross leasable area of 26,000-meter sq. This project includes an additional of 1300 new spaces for car parking, 12 new restaurants, new prayer rooms for both, men and women, and the relocation of the current VOX Cinemas which will now have 24 screens.

The new expansion project “Evolution 2015” was officially opened on 28 September 2015 which increased the gross leasable area to 26,000-meter sq.[34] On 30 September 2015, David Beckham visited the mall for the inauguration of the Adidas store which was built in the newly expanded section.

When is Mall of the Emirates open?

Do you need to book in advance to visit Mall of the Emirates?

We recommend booking Mall of the Emirates tours ahead of time to secure your spot. If you book with Tripadvisor, you can cancel up to 24 hours before your tour starts for a full refund.

What's the best way to see Mall of the Emirates?

What hotels are near Mall of the Emirates?

What restaurants are near Mall of the Emirates?

What attractions are near Mall of the Emirates? 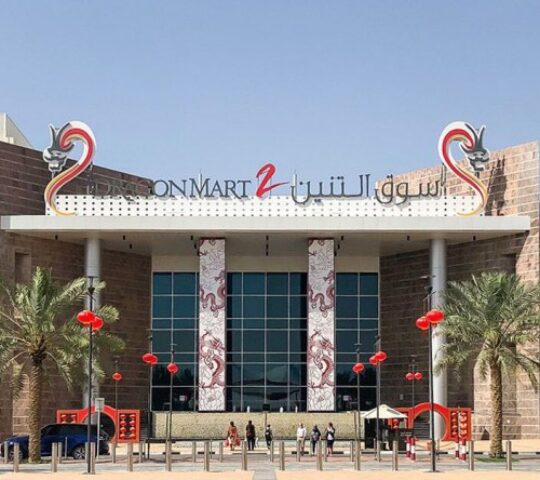