Masdar City is a planned city project in Abu Dhabi, in the United Arab Emirates. Its core is being built by Masdar, a subsidiary of Mubadala Development Company, with the majority of seed capital provided by the Government of Abu Dhabi. Designed by the British architectural firm Foster and Partners, the city relies on solar energy and other renewable energy sources. Masdar City is being constructed 17 kilometers (11 mi) east-south-east of the city of Abu Dhabi, a five-minute drive from Abu Dhabi International Airport and 40 minutes from Dubai. The city will be connected to existing urban areas via roads and light rail. Masdar City hosts the headquarters of the International Renewable Energy Agency (IRENA). The city is designed to be a hub for cleantech companies. Its first tenant was the Masdar Institute of Science and Technology, which has been operating in the city since it moved into its campus in September 2010.

The project is led by Masdar, a subsidiary of Mubadala Development Company. Initiated in 2006, the city was envisioned to cover 6 square kilometers (2.3 sq mi) and estimated to cost US$18−22 billion. It would take approximately eight years to build, with the first phase scheduled to be completed and habitable in 2009.

As designed, the city would be home to 45,000 to 50,000 people and 1,500 businesses, primarily commercial and manufacturing facilities specializing in environmentally friendly products. In turn, more than 60,000 workers are expected to commute to the city daily. As of 2016, fewer than 2,000 people are employed in Masdar, and only the 300 students of the Masdar Institute live on site. The city is meant to be exemplary, focusing on sustainability while demonstrating greener urban living.

Masdar City will be the latest of a small number of highly planned, specialized, research, and technology-intensive municipalities that incorporate a living environment, similar to KAUST, Saudi Arabia, or Tsukuba Science City, Japan.

Partners in the project through its Clean Tech Fund are Consensus Business Group, Credit Suisse, and Siemens Venture Capital. The construction of the first phase of the project is being managed by CH2M Hill. Infrastructure construction for the city will be handled by the Al Jaber Group and the design of the central Masdar headquarters building has been awarded to Adrian Smith + Gordon Gill Architecture. The city’s wayfinding system was developed by Endpoint and City ID.

Masdar City is meant to incorporate efficient water use into its design. To achieve this Masdar City will recycle water and maximize the use of said water. It will employ rainwater collection schemes, catch condensate, and use acceptable wastewater streams. Masdar City will attempt to incentivize behavioral changes to conserve potable water.

Masdar is a sustainable mixed-use development designed to be very friendly to pedestrians and cyclists.

Masdar City has terracotta walls decorated with arabesque patterns. From a distance, the city looks like a cube. The temperature in the streets is generally 15 to 20 °C (27 to 36 °F) cooler than the surrounding desert. The temperature difference is due to Masdar’s unique construction. A 45-meter-high (148 ft) wind tower modeled on traditional Arab designs sucks air from above and pushes a cooling breeze through Masdar’s streets. The site is raised above the surrounding land to create a slight cooling effect. Buildings are clustered close together to create streets and walkways shielded from the sun.

Masdar City was designed by Foster and Partners. Foster’s design team started its work by touring ancient cities such as Cairo and Muscat to see how they kept cool. Foster found that these cities coped with hot desert temperatures through shorter, narrower streets usually no longer than 70 meters (230 ft). The buildings at the end of these streets create just enough wind turbulence to push air upwards, creating a flushing effect that cools the street.

The initial design banned automobiles, as travel will be accomplished via public mass transit and personal rapid transit (PRT) systems, with existing roads and railways connecting to other locations outside the city. The absence of motor vehicles coupled with Masdar’s perimeter wall, designed to keep out the hot desert winds, allows for narrow and shaded streets that help funnel cooler breezes across the city. People, as well as goods and supplies, will be transported using the PRT.

In October 2010 it was announced the PRT would not expand beyond the pilot scheme due to the cost of creating the undercroft to segregate the system from pedestrian traffic. Subsequently, a test fleet of 10 Mitsubishi i-MiEV electric cars was deployed in 2011 as part of a one-year pilot to test a point-to-point transportation solution for the city as a complement to the PRT and the freight rapid transit (FRT), both of which consist of automated electric-powered vehicles.

Under a revised design, public transport within the city will rely on methods other than the PRTs. Masdar will instead use a mix of electric vehicles and other clean-energy vehicles for mass transit inside the city. The majority of private vehicles will be restricted to parking lots along the city’s perimeter. Abu Dhabi’s planned and delayed light rail and metro line will connect Masdar City’s center with the greater metropolitan area.

What is Masdar City?

Masdar City is Abu Dhabi’s flagship sustainable urban community. It aims to be one of the most sustainable urban communities in the world. The total site area is about 6km². Masdar City is designed to capture prevailing winds and offer naturally cooler outdoor spaces than those found elsewhere in Abu Dhabi. Its buildings consume 40% less energy and water than similar conventional buildings. Part of Masdar City’s power demand is offset by a 10MW solar power plant on site and 1MW of rooftop solar panels. Our focus for Masdar City is not just to build buildings, but to achieve the three pillars of social, economic and environmental sustainability.

Where is Masdar City?

The original masterplan for Masdar City was designed by the British architectural firm Foster and Partners.

When will Masdar City be completed?

Masdar City is growing faster than ever. The city is not only a template for sustainable urban development, it is a community that is home to businesses, private residents, shops, restaurants and parks, not to mention a world-class research institute. By 2030, the City will be home to 50,000 residents and a base for 40,000 professionals and students.

What is the population of Masdar City?

Today, there are more than 1,300 people living in the city, and that number is projected to triple by 2020 with the completion of new residential buildings. The working population at the City is also growing. It is home to around 4,000 workers.

What businesses are located in Masdar City?

What is the Masdar City Free Zone?

What can you do at Masdar City?

Masdar City is a growing residential neighbourhood with comprehensive amenities including shops and award-winning restaurants. The 2,500 square-metre Masdar Park hosts open-air cafes and restaurants, playground and sports facilities, while the 5.6km-long Al Mamsha trail is available for walking, biking and fitness. Masdar City is also home to The Festival, a family-themed carnival held at the end of every Abu Dhabi Sustainability Week in January. 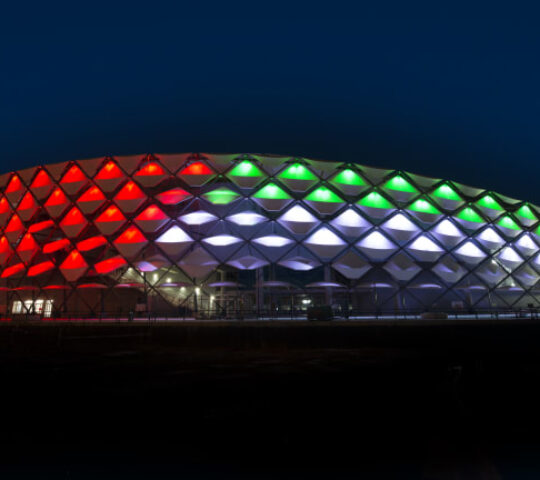 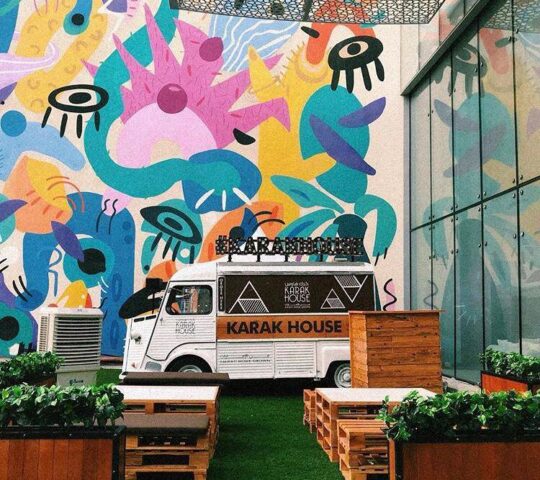 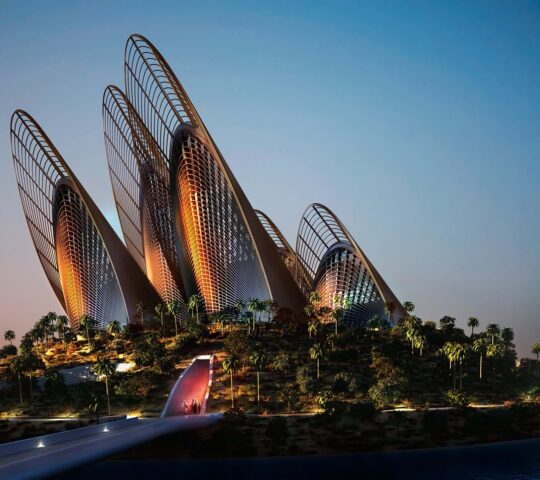