The California Science Center aspires to stimulate curiosity and inspire science learning in everyone by creating fun, memorable experiences, because we value science as an indispensable tool for understanding our world, accessibility and inclusiveness, and enriching people’s lives.

The California Science Center is a world-class educational resource and family destination featuring hands-on exhibits and inquiry-based education programs serving a diverse community of learners. Located in the heart of Los Angeles in historic Exposition Park, the Science Center is open to the public 7 days a week, 362 days per year, with free general admission to its four major exhibit areas.

World of Life probes the commonalities of the living world, from the single-celled bacterium to the 100-trillion-celled human being. Creative World examines the ways people employ technology to meet their needs for transportation, communication and structures. Ecosystems features an unprecedented blend of more than 200 species of live plants and animals, and hands-on exhibits in 11 immersive environments. Air and Space exhibits explore the science and engineering behind atmospheric flight and space travel. We are the proud home of space shuttle Endeavour, one of three remaining space shuttles and the only one of these national treasures in the western United States.

The California Science Center dates to the first State Exposition Building, which opened in 1912 and displayed simple, agriculturally-based natural resources and industrial products from across the state. After World War II, technology-based businesses began to grow so the State Exposition Building was remodeled to show visitors the role of science and technology in everyday life. The building was renamed the California Museum of Science and Industry in 1951 to better reflect this new objective. In 1998, the museum transformed into a new kind of public institution for science learning, the California Science Center.

Previously a racetrack and fairgrounds, Exposition Park, then known as Agricultural Park, is purchased by the State of California, the County and City of Los Angeles.

State Exposition Building is remodeled and becomes the California Museum of Science and Industry.

Museum leadership begins strategic planning about the future of the California Museum of Science and Industry and begins developing a three-phase, 25-year master plan, including the moonshot idea of displaying one of the still-active space shuttles in launch position!

The museum begins its transformation into a new kind of public institution for science learning.

Phase I is complete and the California Science Center opens with a 245,000 square-foot complex, consisting of two permanent hands-on science learning galleries World of Life and Creative World, a special exhibits gallery, a conference center and IMAX Theater.

A part of Phase II, the SKETCH Foundation Gallery Air and Space Exhibits opens, a temporary gallery featuring interactive exhibits as well as artifacts on continuing loan from NASA and the Smithsonian Institution.

The Wallis Annenberg Building for Science Learning and Innovation opens as the site for the TK-5th grade Science Center School, and labs and classrooms for Science Center education programming in the former California National Guard Armory building.

Phase II is complete with the opening of Ecosystems, a permanent exhibition wing featuring more than 200 live plant and animal species and hands-on science exhibits in 11 immersive environments. Highlights include a 188,000 gallon kelp tank populated with live kelp, fish, and other marine life, a desert flash flood, and a special gallery dedicated to the urban ecology of Los Angeles. The Ecosystems experience empowers explorers with the science knowledge to become better stewards of the environment.

After a flight across the country on the back of a 747 and a momentous journey through the streets of Los Angeles and Inglewood, space shuttle Endeavour opened to the public in the Science Center’s newly built Samuel Oschin Pavilion on October 30, 2012. The Samuel Oschin Pavilion also features SPACEHAB, a workshop for astronauts while in space, and a space shuttle main engine (SSME) which helped push the shuttle into orbit.

Following an eventful 4,400 nautical mile journey from NASA’s Michoud Assembly Facility in New Orleans, Louisiana to Marina del Rey, California, ET-94, the last remaining Space Shuttle external tank, was transported through the streets of Inglewood and Los Angeles to the California Science Center. Guests can currently see ET-94 outside the Samuel Oschin Pavilion. In the future Samuel Oschin Air and Space Center, Endeavour will be mated to ET-94 and real solid rocket boosters to create the world’s only Space Shuttle System, complete with real flight hardware.

The California Science Center marks its 20th Anniversary since opening to the public in 1998 as a reinvention of the California Museum of Science and Industry, welcoming over 33 million guests in those two decades.

The California Science Center temporarily closes to the public in response to the coronavirus pandemic. Staff develop online programs to continue our mission to inspire science learning in everyone.

Is an advance reservation required?

Yes. Timed-entry reservations are required for all guests. We strongly recommend you make your reservations online or by phone in advance with a small service fee. Day of reservations can also be made on-site at the box office with no service fee, but availability and your preferred entry time are not guaranteed for in-person reservations.

Where can I make timed-entry reservations in advance?

You can make your reservation online or by calling (323) SCIENCE.

What parts of the Science Center are closed?

Discovery Rooms for our younger visitors and portions of Creative World, including the Earthquake Simulator, are currently closed. The High-Wire Bike and Climbing wall are also temporarily closed.

Does reopening include the return of education programs?

Education programs for schools are currently virtual and can be found on our Virtual Field Trips page. Live shows and demonstrations at the California Science Center are temporarily on hold. Our online Stuck at Home Science program contains a library of activities and demonstrations, available for free, with activity sheets in English and Spanish.

Are you scheduling school or group visits?

Yes! Visit our group reservations page for more information. School groups can also experience the Science Center and interact with our educators online through our Virtual Field Trips.

Is the IMAX Theater open?

Yes! The California Science Center IMAX Theater is excited to welcome you back! Immerse yourself in different worlds on our seven-story high movie screen. Please note the following: We strongly recommend you make your reservations online or by phone in advance with a small service fee. All movies will be shown in 3D. All 3D glasses are cleaned and sanitized before every use. The concession stand is temporarily closed.

How does this affect my Membership?

Members are not charged a service fee for advance timed-entry reservations. For more information about Member opportunities and benefits, please visit our Membership page or contact the Membership Office at member@californiasciencecenter.org or (213) 744-7504. We thank our Members for their vital support of our mission to inspire science learning in everyone!

Can I reenter the California Science Center?

Can I store luggage or items?

No, we are unable to store any items.

Can I take photos?

We encourage guests to take photos throughout your visit! Please note, however, that flash is often prohibited inside our special exhibitions to protect the artifacts—check the guidelines for individual exhibitions for details. Also, tripods, selfie sticks and mobile camera sticks are not allowed inside the Science Center.

Are you hosting private events?

Yes! Please reach out to our Events team for more information about our private meetings, weddings, and event opportunities.

The California Science Center offers many free opportunities to learn online with Virtual Field Trips, Stuck at Home Science activities, FunLab, the podcast Ever Wonder?, and Inside Endeavour virtual tours. There is also online access to ExploraStore and Endeavour Store merchandise. 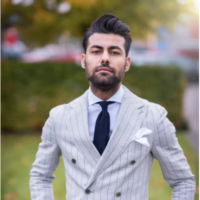